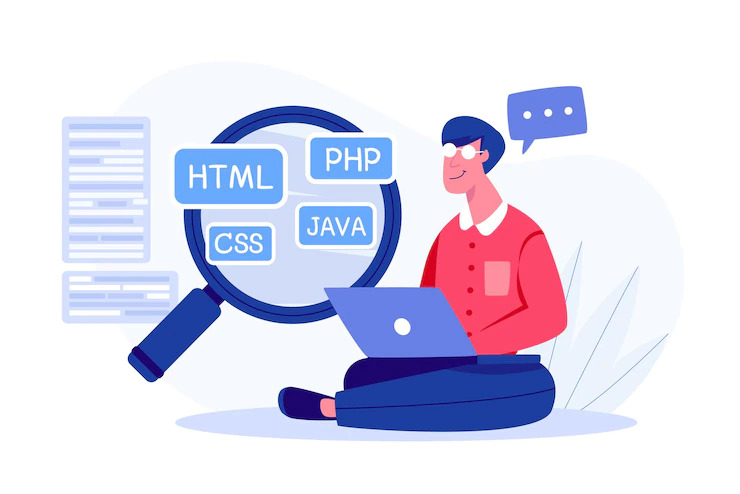 It’s crucial to remember that all the top programming languages for creating web apps have similar characteristics. How business and web app development services utilize or attempt to employ a particular programming language hasn’t suddenly altered.

The top 5 web application programming languages for 2022 are shown below.

On both the client (web-based) and server (computer) sides of websites, JavaScript is a scripting language that may be employed (running on web servers). It enables websites to store and utilize data, access “components,” alter the content of those components, perform functions when events take place on a website, make pages more dynamic, and other things.

For creating web apps, Python is a potent and adaptable programming language. Because of its renowned simple syntax, programmers may create more functions with fewer lines of code. An object-oriented programming language is Python. This implies that Python-based systems may connect to other well-known technologies, creating a potent combination.

Almost yearly, many predict that Java will lose its position as one of the top web app languages. However, this never occurs. Nine thousand six hundred five businesses have acknowledged using Java. Google, Instagram, Netflix, and Amazon are well-known businesses that employ Java.

TypeScript has been used by an increasing number of users in recent years. By the fourth quarter of 2021, TypeScript unexpectedly rose to become the fourth-most popular pull request on GitHub, as shown in the following graph. One of the reasons TypeScript is so well-liked is that both Google and Microsoft support it.

According to Microsoft, programming languages C and C++ are more dangerous than C#. C# has been one of the most widely used web app languages since it was created. On Google’s most popular language tutorials ranking, C# comes in at number four. Building server apps is a breeze with this programming language.

Your web app’s needs and the business objectives you want to achieve will be directly impacted by the language and framework you select. Your ultimate selection should be based on various factors, and you should take as much time as necessary to assess each language. After reading this post, you will know much more about the programming language for a web app that you should pick for your project.