11 Reasons for Brands to adopt GIFs in content marketing 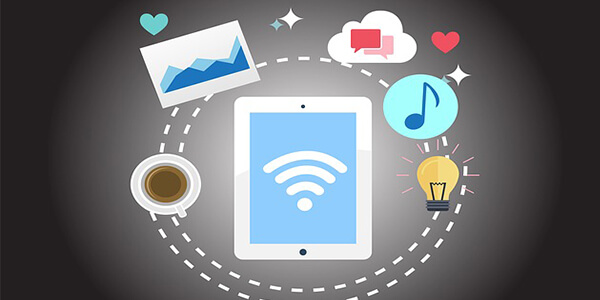 Graphics interchange format or GIF for short have been around for a while now; however, of late they have become more popular.  Taking advantage of its popularity, trending brands should include them as part of their content marketing plan.

For those who came in late, GIF was developed in 1987 by Steve Wilhite of CompuServe the first major commercial online service provider in the USA to present moving images in a new way.

The value of GIF in web terms lies in the fact that it is still relevant even after so many years, and the internet without wasting time, accepted the GIF and the rest is history.

1. They are easy to consume

GIFs are very attractive to any brand trying to meet the audiences’ content needs and what more? They are easy to consume. According to reports, people shared more than 300 million GIFs in the past year through tweets and direct messages and the number is still counting every year.

GIFs help to enhance a brand’s message with visual content effectively while appealing well with the audience. For the records, it has been found out that people generally remember only 20% of the text they read without visuals, gently reminding us of the effectiveness and importance of visual power.

Serving as the ideal call-to-action, GIFs may provide the right encouragement for a user to listen to a brand’s message since brands prefer to blend their content efforts with their ROI, preferably.

The idea of using GIFs, more than images appealed to most of the brands and incorporated them into their content marketing strategy. Besides, using GIFs is comparatively cheaper and easy to create.

Reports predict that more 85% of communication will be visual by the end of 2019, therefore any type of visual content that enhances a brand to find its personality is more than welcome.

Undoubtedly, GIFs follow internet culture. Right from their launch in the early days until today, brands can still be rewarded when keeping up with the times despite the changes, read development, in content and communication over the years.

Let us find out whether every GIF is equally effective. And also which GIF is suitable for each case.

GIFs last only a few seconds and therefore their file size is significantly smaller; so faster uploading process in comparison to videos.  Besides, the auto loop increases the effectiveness of a brand’s message due to its repetition.

Additionally, their integration even on the biggest social networks contributed to their revival and the increased exposure they have recently seen is amazing.

Visual content tends to appeal to the audiences’ emotions, thereby creating a variety of feelings that increase the likelihood of success, eventually.

It has been observed that the impulse of sharing a GIF is instant, which is precious at a time where attention, is harder than ever.

According to Giphy’s CEO, Alex Chung, a picture may be worth a thousand words, but as “The average GIF contains sixty frames, and so they are capable of conveying 60,000 words – the same as an average novel.”

GIFs can be used in many social platforms; Facebook, Twitter, and Tumblr are amongst the popular ones, which mean that a brand may use them in all of them or some, accordingly.

Generally, the tendency of people is to behave differently on every social network, perhaps intentionally, GIFs are still popular in all of them, nevertheless it is not necessary to release the same content to all your platforms.

Storytelling can be very effective in a brand’s content strategy, as it builds a relationship with the audience in a more authentic way. Visual content and GIFs in particular score as significant parts of the story.

Moreover, GIFs may be used as the ideal middle ground between an image and a video and Disney manages to perfect the use of GIFs on Tumblr and it is no surprise that it is the most popular brand on Tumblr which keeps the fans engrossed.

More and more people are becoming less and less receptive to traditional advertising and brands try to use their creativity to their advantage by capturing people’s attention…to an extent have achieved success.

GIFs may be used either in social media or E-Mail marketing in a different way by informing the audience about a product launch. This could be done in a more interesting and novel way, in just a few seconds.

GIFs are effective. And it has been proved how effective GIFs could be. Paramount Pictures decided to partner with six GIF artists on Giphy, for their movie “Terminator Genisys” asking them to reimagine the movie’s characters from their own perspective. This resulted in an unexpected exposure with impressive results and numerous shares on Tumblr.

It is also interesting to note that even if a brand is not able to create its own GIFs, there is a basket load of stock out there to find the right ones for every occasion.

Coca Cola may prefer to create its own GIFs, or even encourage users to be creative, but many brands highly appreciate GIF stock libraries, such as Giphy, Imgur, GifBin and many others and of course Tumblr.

According to Giphy, currently, there are around 150 million original GIFs.

New York Times attempted to collect the number of GIFs on the most popular social networks, numbering:

GIFs in E-Mail marketing are not new. They manage to capture the users’ attention with the additional layer of movement that offers more possibilities than a still or static image.

Many brands showcase their products with GIF images, while Dell noticed impressive results from its first GIF-centered E-Mail campaign, as it measured:

GIFs can even be used in outdoor advertising also. The novel idea was the creative idea of Netflix partnered with Ogilvy, Paris when they decided to create 100 different GIFs for the promotion of the service’s launch in France.

It has to be understood that GIFs don’t work magically in a brand’s content marketing strategy. So it is important to use them appropriately after analyzing the audience’s behavior.

Just when your brands start accepting the GIF trend, remember:

And Finally Debate on, GIF or JIF? How to pronounce!

There is a big debate regarding GIF’s pronunciation and whether we should use a soft “G” (as in “gin”) or a hard “G” (as in “graphics”). Despite the tendency of the majority to pronounce it with the second option, Steve Wilhite, GIF’s creator has clarified that the correct pronunciation is with a soft “G”, with the idea of the name coming from the American peanut butter brand Jif.